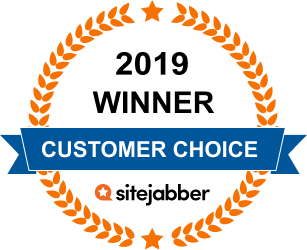 Red Gemstones From SuperJeweler Are Awesome!

Red Gemstones are among the most popular gemstones, prized for their beauty as well as their meaning. There are several gemstones and crystals that have a distinctive red color, some of them precious stones and others more common. Among the red crystals names that are associated with jewelry are rubies, garnets, red jasper and cinnabar. Cinnabar, however, contains mercury and is poisonous when handled or placed on the skin, so it is no longer used in jewelry. The most popular red gemstones for jewelry are the garnet and the ruby.

The meaning of gemstones is often tied to their color. Red gemstones are said to protect against hemorrhaging and liver problems as well as diseases of the blood. They are also believed to impart vigor and courage on wearers. Because of their color, red stones have been associated with love since ancient times and were often given as tokens of love. Giving a garnet or ruby to a loved one who is traveling is said to protect the bonds of love until they return.

Ruby gemstones, which are a bright, pure red with hints of pink, have long been associated with royalty and been included in crowns and other royal jewelry. In medieval times, it was believed that rubies could impart the gift of prophesy and increase courage. They could also protect you from evil and help you make good decisions. It is no surprise that kings and queens would want to wear them!

Garnets, which are brownish red stones or dark red stones, were linked to both the heart and soul. Wearing them could improve the condition of the heart and inspire the soul to ecstasy. In medieval times, a garnet was believed to protect against depression and bad dreams. The Greeks believed a garnet could restore lost love.

What is the Difference Between a Ruby and a Garnet?

If you are considering a red gemstone, consider the differences between rubies and garnets. Rubies are a brighter, purer shade of red, often tending toward a deep raspberry color. Garnets tend to be darker, brownish red stones that are closer to a deep, blood red color. Rubies are second only to diamonds in hardness, so they are extremely durable while garnets are not quite as hard. They are still durable, but can be scratched easier, so more care should be taken with them. Rubies, because they are far rarer than garnets and are seldom flawless, are more expensive than garnets.

At SuperJeweler, we offer a wide range of ruby and garnet jewelry set in 10K and 14K yellow gold, rose gold and white gold. For the budget conscious, we also have some garnet and ruby jewelry set in sterling silver. We have designed both our garnet and ruby jewelry collections with an eye toward beauty and uniqueness, offering both classic styles and designs you won’t find elsewhere. If you long for precious jewelry set with red gemstones, SuperJeweler’s online selection is unrivaled for style, quality and affordability.