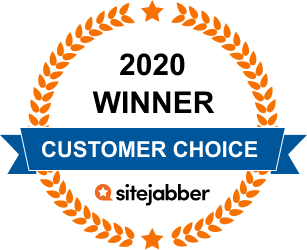 SuperJeweler is Number One in Garnet Jewelry and has been for years. Garnet is a very special gemstone and has a gorgeous rust hue and warm fire, so people of great taste seek out garnet jewelry.

Rich in history and known as the most ancient of all gemstones, garnet holds strong powers and protective energies within its fiery tones of red. Dating back as early as the Bronze Age, garnet, the focal point of SuperJeweler's January birthstone jewelry collection, awakens the soul with its deep red hues. The gift for 2nd wedding anniversaries, garnet jewelry also makes for a meaningful push present due to its association with luck and love.

Exquisitely crafted with very fine gemstones from the Unites States, Czech Republic and Turkey, our passionate and fiery January birthstone jewelry collection ranges in color from orange-red to a deep ox blood red. With decades of history, garnet has always been a stone known for love, success and positivity. Used to enhance truth and faith, a large garnet was used as the only light on Noah's ark and during the Middle Ages garnet was known as a "Warrior's Stone" for its protective powers. Reminiscent of the color of blood, garnet was used to protect oneself from wounds. The Asiatic tribes used garnets as bullets and the stone was believed to inflict more of a deadly wound than a lead bullet. Today, garnet jewelry is a popular choice for a Valentine's Day gift because of its connection with love and the passionate energy that evokes from its deep red hues.

Remarkable in its beauty, SuperJeweler's January birthstone jewelry collection is finely crafted in sterling silver and 10K or 14K white gold, yellow gold and rose gold. With its protective energy, garnet jewelry is known to bring positive energy into one's world and used to release bad karma while bringing with it abundance and prosperity. Said to assist in making one's dream a reality, SuperJeweler's January birthstone jewelry collection consists of an array of astonishing pieces ranging from garnet necklace styles, garnet bracelet options, garnet ring styles and garnet earrings, all of which are crafted with love and prosperity in mind.