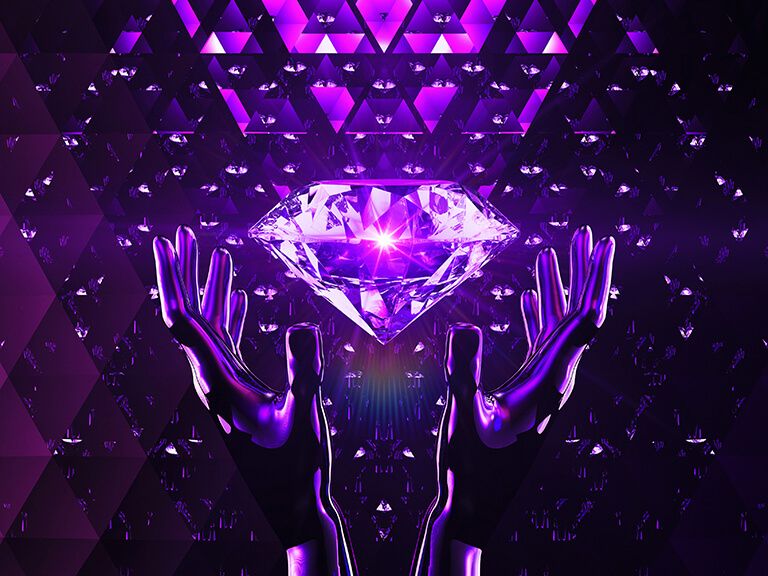 Men are increasingly bowing to the pressure to spend as much as three months of their hard-earned money on engagement rings. Many women (but certainly not all!) expect over-the-top rings that put their fiancés’ finances in a bind to meet ever-higher expectations on what a diamond engagement ring should cost. The vicious cycle is based on a cynical marketing campaign started in the 1930s that perpetuates unreasonable expectations today

Who Started the 3 Month Salary Lie?

The DeBeers diamond company launched its first advertising campaign that focused on how much men should spend on an engagement ring in the 1930s. This was the height of the Great Depression, and most people weren’t spending much money on engagement rings, which were viewed as a luxury in times when many people found it difficult to put food on the table. When engagement rings were chosen, they were often inexpensive and didn’t always contain diamonds.

DeBeers, a company with diamond mines around the globe, was struggling to sell high-end diamonds and their profits dropped. In a desperate attempt to jump-start diamond jewelry sales, they began targeting a market that never shrinks – men wanting to propose to their sweethearts. The marketing plan had a two-fold aim – to promote diamonds as the stone of choice for engagement rings and to make sure men shelled out a substantial amount of money on them. At this time, they settled on one month’s salary as the target price point, which was pretty ambitious during a time when luxury purchases weren’t a priority for the average person.

The campaign hinted that spending a month’s salary on a diamond engagement ring was proof of true love. Soon, women were looking to their fiancé for evidence of their commitment to show off to their families and friends. It also assured the women that the men proposing had the resources to provide them with a comfortable lifestyle and reflected their business success. Not even DeBeers could have predicted how successful the campaign would be!

How It Went from One to Three Months’ Salary

When DeBeers added their 1947 tagline, “A Diamond is Forever,” to their advertising campaigns, they reached peak effectiveness in cementing the relationship between engagements and diamonds. Today, more than 80% of engagement rings in the U.S. feature a central diamond. But how did one month’s salary turn into three?

Between the 1930s and the 1980s, expendable income increased dramatically. DeBeers noticed that more and more people were purchasing fine jewelry. It was becoming a status symbol for middle-class Americans. They realized that if almost everyone could afford to spend one month’s salary on a ring, many could pay two month’s salary, and they launched their new campaign. These add spots played to men who wanted to impress. Tied with the “a diamond is forever” campaign, the combination of rising expectations, the excesses of the 1980s, and more available spending money meant couples quickly adopted the two-month salary guideline.

By the 2000s, DeBeers had refined the marketing even more, pushing the three-month salary guideline. By then, most women considered a diamond engagement ring a must. They hadn’t grown up in a world where engagement rings were often small and usually held gemstones other than diamonds. Pre-WWII style engagement rings with their modest gemstones and lack of diamonds were seen as old-fashioned.

Why The Lie is So Successful

Marketing experts agree that the DeBeers marketing strategy was one of the most successful in the world for many years. They literally invented the tradition that a diamond ring was the appropriate gift for a proposal, then they crafted a price guideline that was easy to understand and hard to ignore.

Many men proposing to the women they love now believe an expensive diamond engagement ring indicates that they love their partner and how MUCH they love their partner. The advertising questions whether their love is worth two or three months’ salary. Naturally, most men hesitate to argue with this weird logic. The advertising has worked its questionable magic on women as well. Ladies are increasingly expecting their partners to spend three months’ salary or go into debt to find the perfect, oversized diamond engagement ring they can flash in front of their friends. 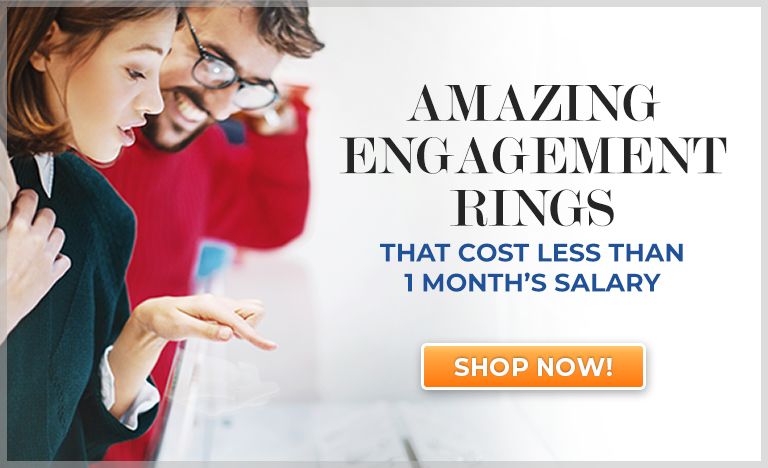 The Reality of the Lie

Engagement rings have been given and received for hundreds of years. They have always been a symbol of undying love and commitment. The DeBeers advertising campaign pushed the three-month salary lie for profit reasons – a tanking diamond market in the 1930s and changing tastes in recent times. People are dressing up more and attending fewer formal functions, so fewer people buy extravagant diamond and gemstone necklaces and earrings. But a diamond engagement ring can be worn every day, and most women want an impressive engagement ring even if they don’t wear much in the way of other jewelry.

How to Look Like You Spent Three Months’ Salary

So how do you buck the advertising? Refusing to fork over three months’ pay on an engagement ring isn’t a bad thing – if you’re saving up for a home, would love to travel, or have other financial commitments, spending three months’ salary on a ring may not be the best choice. You have some alternatives, including proposing with a simple ring for now with a promise that you’ll trade up to a more impressive ring at some point in the future.

You can also shop smart, compare prices, and find a gorgeous engagement ring that looks like three months’ salary at half that price. SuperJeweler carries a complete collection of sparkling diamond engagement rings that are up to half the price of similar rings found elsewhere. We travel around the world looking for the finest diamonds and gemstones and craft them in house, passing on the savings to you. So go ahead and invest in an unforgettable symbol of your love without having to lose several months’ income! You’ll both be happy for not giving in to the three-month salary hype.