Bolo Bracelets are Versatile and Stylish 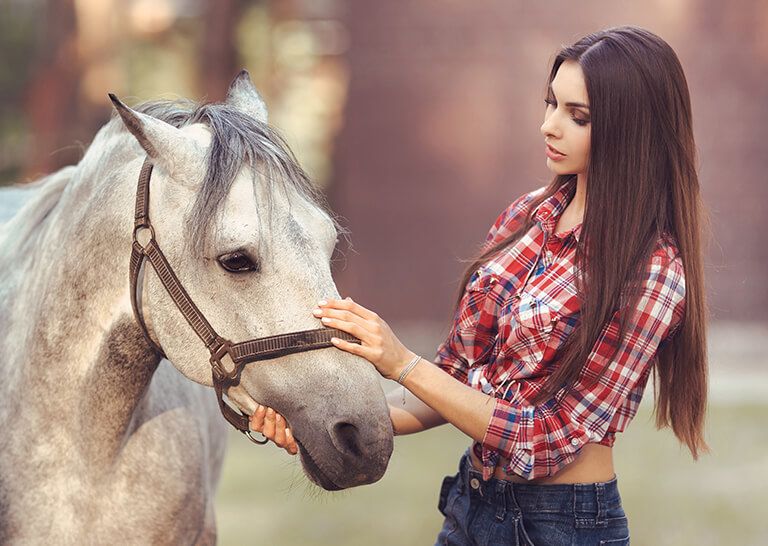 Bolo bracelets are increasingly popular as fine jewelry accessories due to their versatility and style. At SuperJeweler, we carry bolo diamond bracelets as well as the moissanite bolo bracelet to fit a wide range of budgets. The current interest in the bolo style is largely the result of a desire to have a beautiful piece of jewelry that is also adjustable and versatile.

People have worn bracelets for thousands of years. Archeologists have found beautifully carved and etched bracelets worn by ancient Egyptians, Minoans, and ancient Chinese civilizations. These tended to be either bangles or cuffs of a solid material. For the wealthy, they were usually gold, while members of the lower classes often wore bracelets of bronze or other base metals. Carved bone, ivory, coral, and amber have also been found.

During the Middle Ages, bracelets fell out of favor, particularly in Europe. Long sleeves with intricate detailing were commonly worn, and bracelets weren’t practical. In the 17th century, women revived bracelets as fashion accessories. Bangles were again popular, as were beads and gemstones strung on ribbons and tied around the wrist. These ribbon bracelets can be considered precursors to today’s bolo bracelets, as they were adjustable and fastened by tying the two ends together.

By the Victorian Era, bracelets were often made of links rather than a solid piece of metal. These were more comfortable than bangles due to their flexibility. They could also be sized to the wrist of the wearer by choosing how many links would be in the bracelet if you were wealthy enough to order a custom bracelet. For the middle classes, link bracelets were popular but sometimes didn’t fit well. 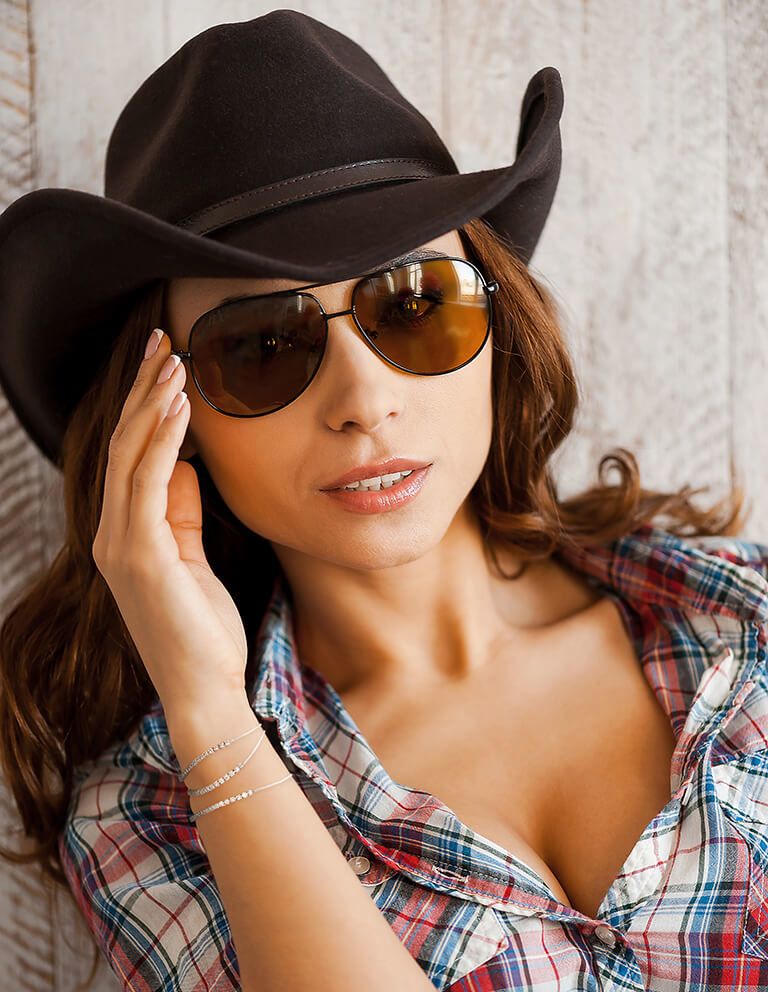 The Rise of the Bolo Bracelet

In modern times, bangles and link bracelets remain popular, but bolo bracelets are gaining popularity because they are so comfortable and work on any size wrist. The history of bolo bracelets can be traced back to the earlier penchant for adjustable bracelets made of ribbons tied around the wrist. These ribbon bracelets continued to be popular through the middle of the twentieth century.

In the 1940’s, men began wearing bolo ties. These featured a slide, usually of sterling silver, that connected the two ends of a cord worn around the neck as an alternative to the traditional necktie. No one knows who first realized that the same idea could be applied to a bracelet, but it was a successful transition.

Advantages of the Bolo Bracelet

There are several reasons a bolo bracelet makes an excellent choice, particularly for precious gemstone jewelry: 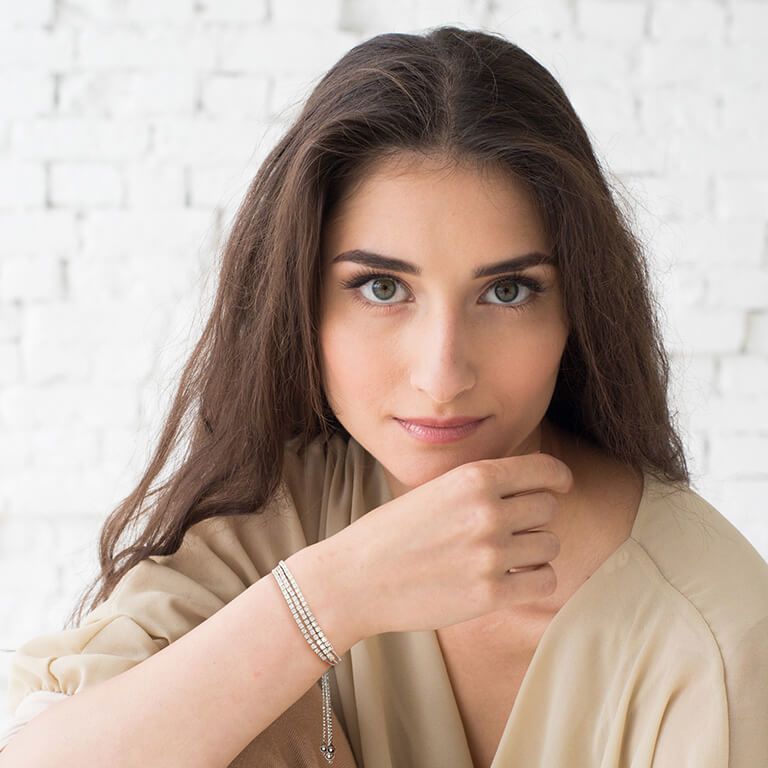 Unlike bangle bracelets and link bracelets, a bolo diamond bracelet is adjustable, so you don’t have to shop around to find one that is the right length to ensure a great fit. No matter how delicate or large your wrist is, you adjust a bolo easily by simply moving the sliding mechanism up and down along the two ends of the box chain.

Many people worry about wearing something as valuable as a diamond bracelet unless the fit is perfect, and the latch is secure and has a safety catch. They fear losing the bracelet, which is understandable. When you wear a diamond bolo bracelet, you don’t have to be concerned because you can make the bracelet as tight or as loose as you like, and there is no latch to come undone. The slide only moves if you push it up or down; once you’ve adjusted it, it will securely stay in place. 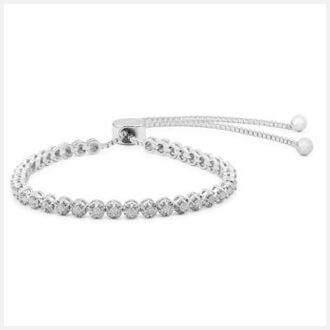 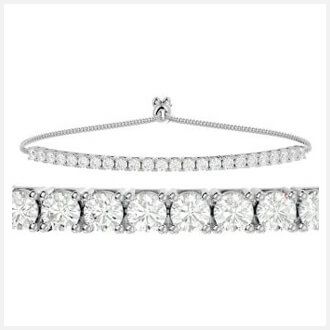 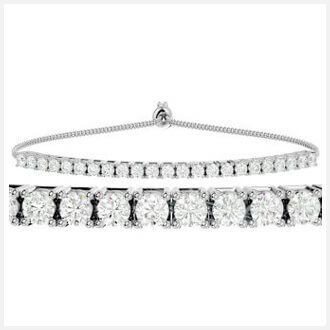 Wow! These bracelets are so pretty. I love them, they are so stylish and so versatile. Especially that 2 caret diamond bolo tennis bracelet. 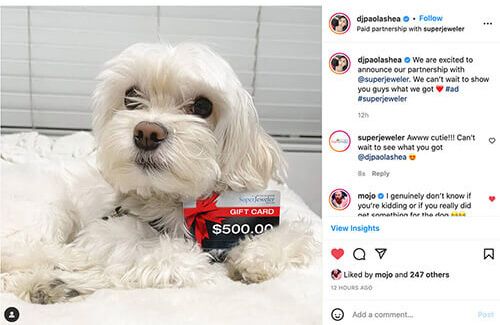